Formed in January 2014, Cryogen Nitrogen Deliveries Ltd. is a solution-based business focused on the sales and delivery of medical grade liquid nitrogen and accessories to doctors’ offices, medical clinics, restaurants, schools, and machine shops. Cryogen is part of the WestGen Group of Companies. 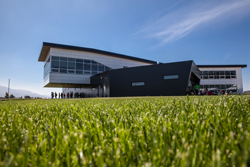 being sold was stored in liquid nitrogen and over time this became known to local medical clinics and doctors. It wasn’t long before doctors began showing up at the Milner facility to buy nitrogen. As this demand grew, the AI technicians started delivering nitrogen directly to the clinics. With expansion and need, in 2006 WestGen dedicated it’s first BC representative to solely look after nitrogen deliveries. Due to the success of the business over the next 6 years, it became a directive of the 2012 WestGen strategic plan to grow the business throughout Western Canada. As part of the growth strategy, and the requirement to restructure the British Columbia medical nitrogen delivery service to operate outside of WestGen, came the birth of Cryogen Nitrogen Deliveries Ltd. Cryogen has since launched into Ontario in September 2015. Cryogen relocated to Abbotsford, British Columbia in July 2016.